Investment houses like private equity and venture capital firms are spending more and more on legal services. That’s according to a recent survey of 300 lawyers who work in-house for such firms in the US (67%) and UK (33%).

Yet spending isn’t the only thing that’s growing. Nearly nine in 10 respondents (86%) say their investment organization feels some pressure to control legal costs.

One source of pressure is from limited partners (LPs). In-house legal teams working for PE and VC firms say the degree of interest LPs have in reviewing legal costs has risen.

The survey results also suggested this is a multi-year trend. More than half (62%) said the level of scrutiny over legal expenses has “increased” (36%) or “increased significantly” (26%) over the last three years.

As one respondent, who serves as the senior legal counsel for a PE firm, noted in open-ended comments, “The climate right now is not advantageous to runaway legal spending.” 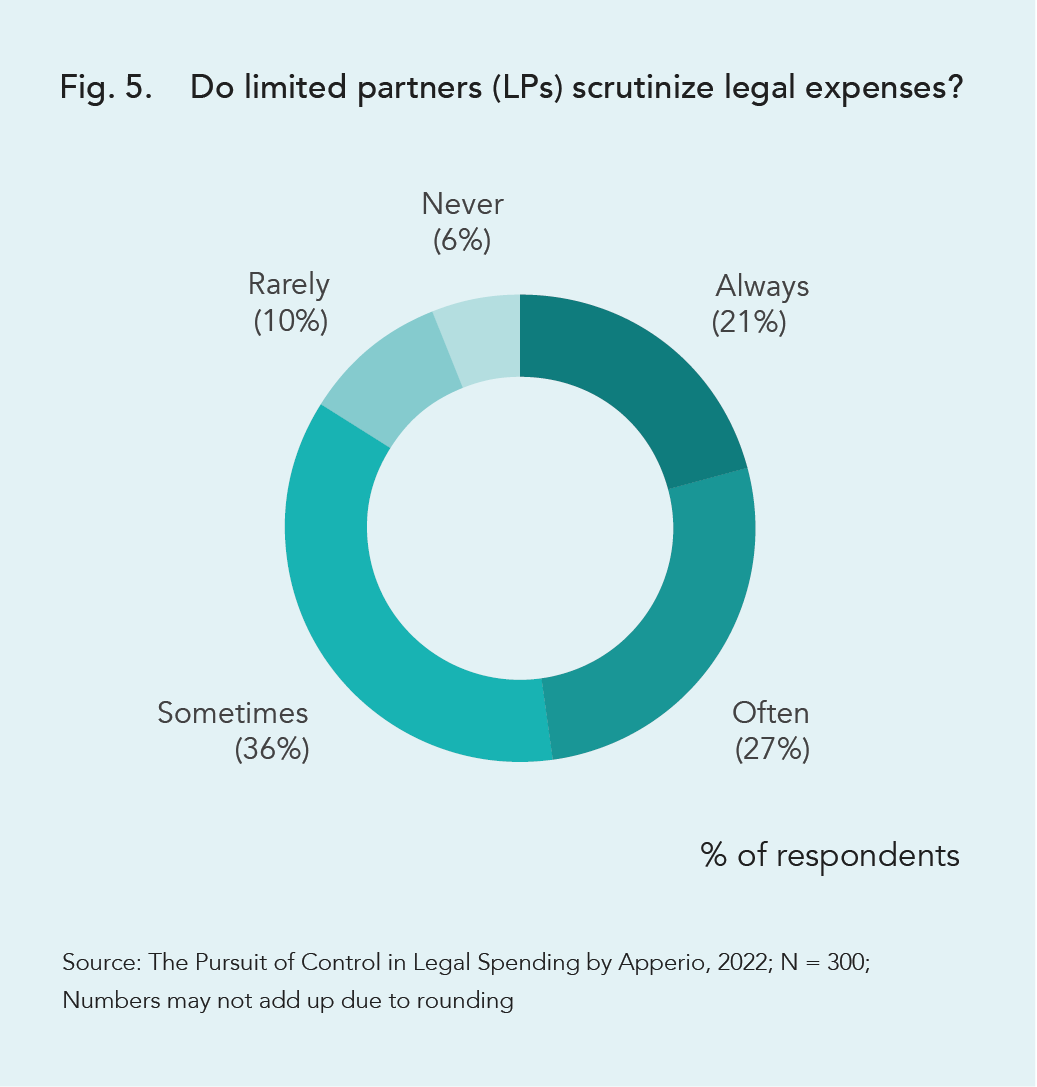 The complete survey report is freely available for download here: The Pursuit of Control in Legal Spending.

If you enjoyed this post, you might also like:
In-house lawyers say spending on legal services in venture capital and private equity has grown this year and likely to grow next year too

Please complete the form below and one of our colleagues will be in touch shortly.